No guilt, mama: Day care is good for your child’s social + emotional development 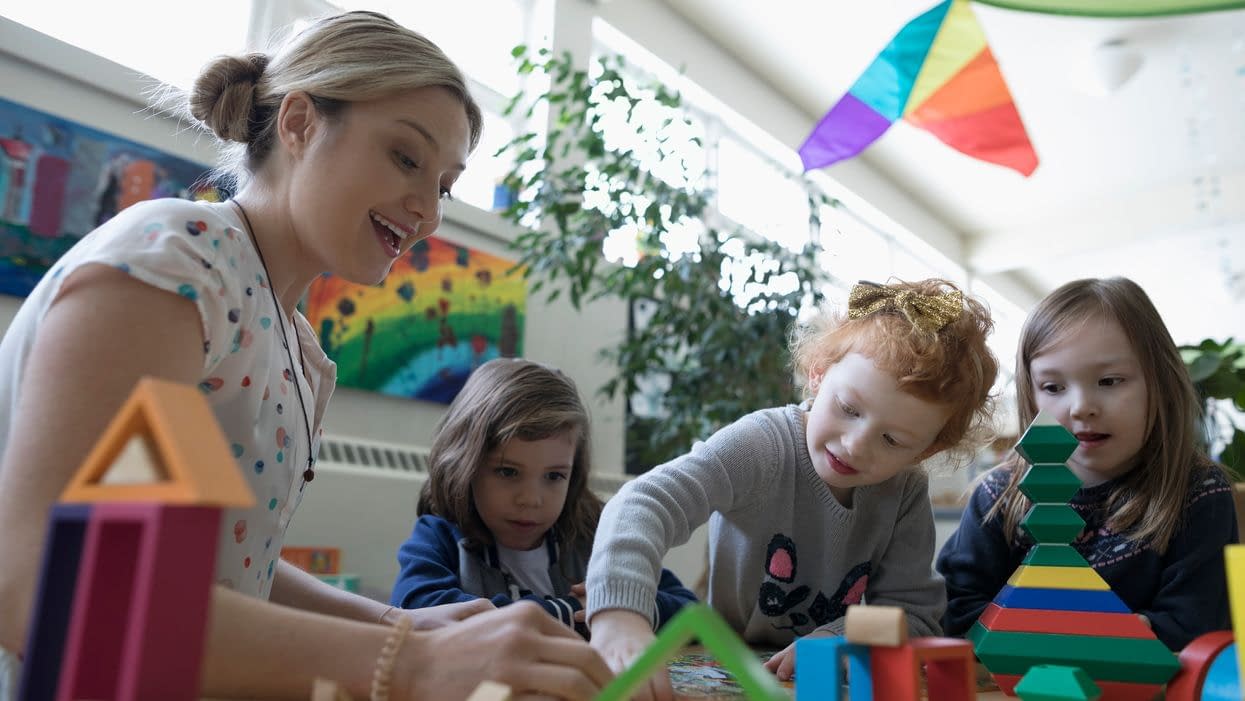 It’s a decision many parents agonize over and one many have felt guilty about. But if you’re considering day care for your child that guilt is really unnecessary, mama. Day care doesn’t just give parents the time they need to provide for their family, it also provides children with important social interactions that may improve their behavior.

A new study published in the Journal of Epidemiology & Community Health concludes that “high-quality centre-based childcare may be linked to lower levels of emotional symptoms.” Basically, being around children their age, under the supervision of professionals is really good for kids’ emotional and prosocial development.

The study comes from France, a country where state-run nurseries are well regarded (but reportedly hard to get a spot in), and where most children start preschool at the age of three.

The researchers followed the development of 1,428 French children from birth to the age of 8 in order to better understand how day care before age 3 might impact development differently than other common childcare methods in France, like staying home with a parent or family member, or with a babysitter who cares for a small number of children in their home or the child’s.

The study found the children who attended high-quality center-based care for at least one year had lower rates of emotional, conduct, relationship and attention problems later in life than kids who were watched by a family member or babysitter. The study’s authors suggest interactions with trained staff in the centers, along with having to follow rules and getting extra stimulus from playing in the supportive environment give kids a social and behavioral boost.

The French study’s findings didn’t surprise some experts. Good early childhood education programs (like Head Start, for example) have been proven to have long-term benefits for kids, and while society often looks at day care as simply a place to park children during the workday, a good day care is so much more.

It’s not just a place to be supervised, it’s a place to learn and socialize, too.

“The evidence is clear that high quality, early childhood care is beneficial for children,” Dr. Jillian Roberts, a child psychologist and associate professor at the University of Victoria, told Global News. “These programs include not only play and socialization, but also educational and nutritional components from highly-trained early childhood education professionals.”

As Vox reports, it’s likely not so much the educational lessons that center-based care provides, but the stability that children (and their families) benefit from, especially when we’re talking about children under a year old. A recent Vox report highlights a decades-old America study called the Abecedarian Project, in which families were provided with high-quality childcare from birth. The kids who were in that day care are adults today, and the science suggests they’re still benefiting from it.

Continue reading the rest at www.mother.ly