Moms sometimes hate their kids. But that doesn’t make them bad parents. 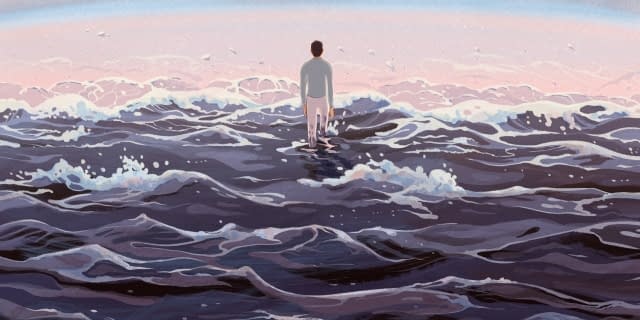 Not surprisingly, the number of depressed mothers has increased during Covid-19, as moms have suddenly had to add additional “job descriptions” to a life already filled with demands on their time and energy. As one client told me early in the lockdown, “I’m suddenly not just mom and wife at home and employee at work, but now I’m also teacher, tutor, school nurse, dietician, IT specialist, after-school counselor and friend and playmate to my kids. And I’m highly underqualified for most of those positions.”

Depression often occurs when a woman is trying not to repeat her mother’s mistakes but discovers that it’s not as easy as she thought.

But research shows that the number of depressed mothers around the world has been consistently increasing for years, so there’s more to the rising levels of depression than the pandemic. One likely reason is that many women, including a number who dreamed longingly about having children, find that the experience of motherhood is very different from what they expected it to be — and that present-day conditions exacerbate that contradiction.

Researchers have found that motherhood seems harder than it was 20 to 30 years ago, in part because many more moms are responsible for childcare and job responsibilities and in part because of the increase in dangers from outside influences, such as greater use of drugs and alcohol, and peer pressure that has been intensified by social media. At the same time, these researchers have found, we are more critical of mothers than we have been in the past, possibly because of a greater tendency to blame mothers for their children’s psychological and emotional difficulties.

In my own psychotherapy practice, I have noticed that depression often occurs when a woman is trying not to repeat her mother’s mistakes but discovers that it’s not as easy as she thought. This disparity between daydreams and reality, along with some of the overwhelming demands of parenting, can lead to confusion, anger, sadness, anxiety and depression in the best of moms. The pandemic has in many cases just brought these feelings into sharper relief.

Learning to tolerate negative feelings without always acting on them is a difficult yet important aspect of human relationships. Parents who grasp this dynamic can be good role models for children learning to handle their own anger. And becoming comfortable with a range of emotions allows greater access to a richer, more complex relationship with children as they grow into adulthood.

Part of the problem for many mothers is that their idealized vision of Motherhood with a capital M makes it hard to admit to any second thoughts about their decision to have children. According to society, and frequently their own beliefs, women are supposed to love their children and take pleasure in being moms at all times. But what’s lovable about a temper-tantruming toddler, a whining five-year-old or a hostile adolescent? And who in their right mind enjoys cleaning up a child’s poop?

Continue reading the rest at www.nbcnews.com