Depression Symptoms in Teens: Why Today’s Teens Are More Depressed Than Ever 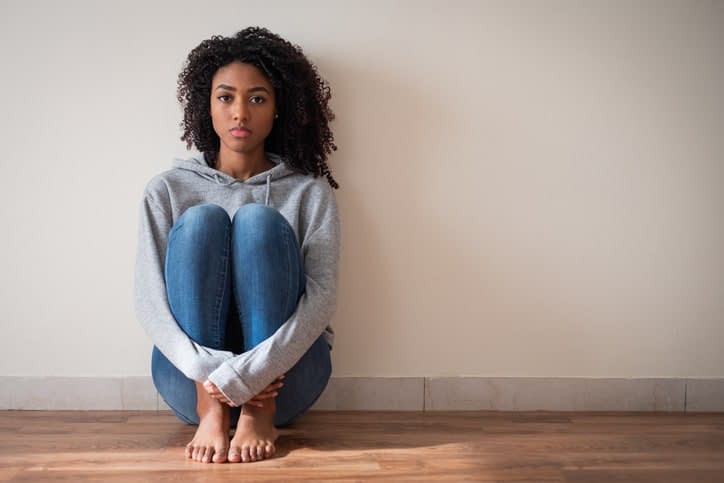 After a decline in the 1990s, the number of young people that commit suicide has been increasing every year. While no one can explain exactly why, many experts say adolescents and teens today probably face more pressures at home or school, worry about financial issues for their families, and use more alcohol and drugs. “This is a very dangerous time for our young people,” Kathy Harms, a staff psychologist at Kansas City’s Crittenton Children’s Center, told the Portland Press Herald. “We’re seeing more anxiety and depression in children of all ages.”

Why Are So Many Teens Depressed?

Here are some disturbing statistics about teen depression. According to suicide.org, teen and adolescent suicides have continued to rise dramatically in recent years. Consider these alarming figures:

Some teens are more at risk for depression and suicide than others. These are known factors:

In an article in the Portland Press Herald by Laura Bauer and Mara Rose Williams, experts say teens seem to feel more hopeless than in previous years. Tony Jurich, a professor of family studies and human services at Kansas State University, told the newspaper, “Teens think they are invincible, so when they feel psychological pain, they are more apt to feel overwhelmed by hopelessness and the belief that they have no control over their lives.” Jurich calls these feelings of hopelessness and helplessness “the Molotov cocktail that triggers teen suicide.”

A new study led by Jean Twenge, a San Diego State University psychology professor, finds that five times as many high school and college students are dealing with anxiety and other mental health issues as youth of the same age did that were surveyed back during the era of the Great Depression. Twenge, who is also the author of Generation Me: Why Today’s Young Americans Are More Confident, Assertive, Entitled -and More Miserable Than Ever Before, analyzed the responses of over 77,000 college students surveyed from 1938 through 2007.

Some of the experts believe that we have raised our teens to have unrealistic expectations. Along with the messages from modern media sources that suggest that we should always feel good, they say many parents haven’t taught their kids the kind of coping skills they need to survive in chaotic times.

Why are Today’s Teens So Stressed Out?

“In my opinion, it’s all of the above and more,” writes Therese J. Borchard, author of Beyond Blue. “Most experts would agree with me that there is more stress today than in previous generations. Stress triggers depression and mood disorders, so that those who are predisposed to it by their creative wiring or genes are pretty much guaranteed some symptoms of depression at the confusing and difficult time of adolescence. I think modern lifestyles -lack of community and family support, less exercise, no casual and unstructured technology-free play, less sunshine and more computer -factors into the equation.”

Continue reading the rest at discoverymood.com

Caitlyn Wang
Caitlyn has scored above 99% every standardized tests she's taken since the ripe young age of 7, from the Wechsler IQ test, ABSRM piano performance exam to SAT. She is a proven senior business leader with global marketing, product development, supply chain management backgrounds who likes to tackle the impossible and has managed teams on three continents. Equally important, she is a devoted mother of two, a skilled pianist, certified yoga and aerial teacher, vocalist and lifelong learner.
Subscribe
Login
0 Comments
Inline Feedbacks
View all comments
wpDiscuz
0
0
Would love your thoughts, please comment.x
Report this comment