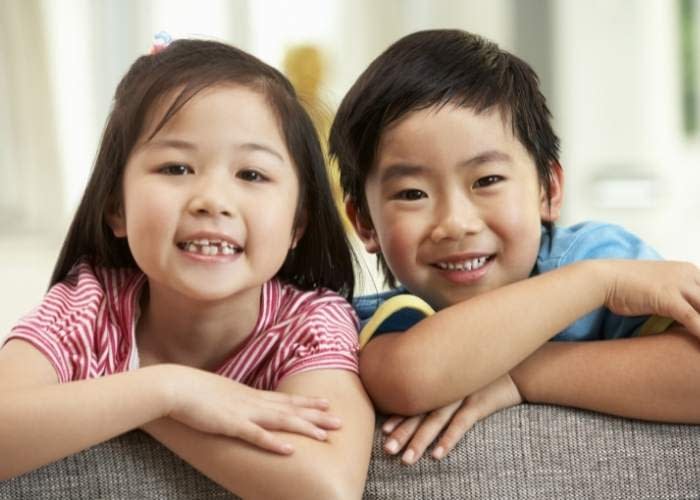 Studies have shown that learning differences are as common among Chinese children as they are among others. Between 5% and 9% of the general population is impacted while approximately 6.3% of Chinese children live with ADHD, nearly 1% live with autism, and millions more are considered twice-exceptional, or 2e, meaning they’re exceptionally skilled but also face learning challenges. Yet, despite the prevalence of learning differences in the Chinese population worldwide, these conditions are underdiagnosed and undertreated.

‌Whether lack of treatment and support stems from cultural barriers, lack of resources, or simple lack of awareness, children with learning differences need extra support. Read on to learn more about the cost of inaction as well as simple solutions to getting Chinese children the social-emotional learning support they need to thrive.

When learning challenges like ADHD and autism are left untreated, children often feel inadequate as they do not perform well academically. This typically leads to anxiety and depression, which can worsen if the learning differences continue to go undiagnosed.

High ability children — those who are perceived as gifted or particularly smart and talented — are unfortunately more likely to be overlooked, undiagnosed, and untreated. As such, they might experience even greater depression, anxiety, and other coexisting conditions.

‌For example, some believe that a learning challenge is due to an imbalance in energy. Some refer to learning differences as “canfei” or “canji,” which means the person living with learning differences is worthless to family and society. Beliefs such as these and other challenges often inflict shame. They typically either encourage parents to hide their children’s obstacles or search for more traditional treatments, such as acupuncture or herbal remedies.

Many Chinese immigrants experienced hardships and challenges traveling and adapting to life in a new place. These parents and grandparents garnered the strength to make such difficult life changes with the hope of providing a better future for their families.

‌Those from younger generations often feel that their learning differences pale in comparison to those hardships. As their parents and grandparents tried to smooth their path to a better life, it might seem ungrateful to bring up their own challenges. Guilt often discourages them from speaking up.

Additionally, their immigrant family members often had to work hard through menial jobs when they arrived in the United States. Many worked for minimum wage with few to no benefits. Hard work and resilience are, therefore, valued throughout the community.

As the older generation was able to meet and overcome many of their challenges through hard work, there is a common belief that not succeeding is tied to laziness and a general lack of effort. When Chinese American students do not perform well, many of their parents and grandparents view it as laziness or a lack of discipline.

The teachings of Confucius and other ancient Chinese scholars are woven tightly into contemporary Chinese culture and have influenced a stigma against learning differences. These teachings suggested that struggles a person experienced — especially those within the mind — were because of that person’s own thoughts or actions or came through the influences of people they associated with.

These beliefs often lead Chinese children living with learning differences and their parents to ignore the symptoms. Instead, many tend to focus on performance. Students may pour themselves into their academics or extracurricular activities to help them overlook their struggles.

Until the 80s, these beliefs also suggested that those with learning differences were of the lowest status. While this theory has, for the most part, faded with time, it persists for some with more traditional beliefs. It can feel shameful to admit to such obstacles.

Another common belief among the general public suggests that Asian American students are all incredibly intelligent, hardworking, and law-abiding people. It’s part of what is known as the “ Model Minority Myth” and considered a positive stereotype. Positive or negative, it is still a stereotype and impacts how people view and treat this community.

Additionally, being the “model minority” puts undue pressure on Chinese American students. Many fear that not living up to the stereotype and family expectations lets down the entire community.

‌‌These issues prevent many adults from seeking help for themselves and their children. Even older students — such as high school and college students — who are old enough to reach out on their own hesitate for fear of negative judgment.

Other obstacles come from issues not directly related to the internal community mindset but rather from challenges within the educational and health care systems. There is a lack of available resources and places to get help for children with learning differences in Asia, including Greater China, Taiwan, and Singapore. Some children — such as those with Asperger’s and ADHD — have been denied entry into regular schools out of a concern they might disrupt learning. They are told they will need to go to specialized schools.

Unfortunately, few schools in Greater China, Taiwan, and Singapore are equipped to teach those with learning disabilities. People living close to major cities, such as Hong Kong, or in major metropolitan areas in the United States, may have access to more resources. These can include more robust school systems and better local health care networks and more Chinese-speaking therapists and providers. However, access is still limited almost everywhere. Residents of smaller provinces or rural areas in the United States have little to no resources at all.

Health insurance and the costs of healthcare vary by location, too. Simply finding the necessary resources can be challenging enough. Still, the high costs prevent a large number of people from seeking the medical support they need, including social-emotional support for their children.

Learning challenges can be difficult to diagnose due to a general lack of awareness and understanding. There is no comprehensive or definitive list of symptoms that fits every child, making challenges difficult for parents and teachers to detect.

Often, the symptoms children do experience can easily be written off as a lack of interest or an unwillingness to do school work. For example, some assume low test scores in school stem from a lack of studying on the student’s part.

Additionally, some children mask the symptoms they feel, keeping the adults in their lives from noticing the obstacles in the first place. Without the awareness that the child has learning differences and what that means, parents won’t know to advocate for accommodations to ease their learning path.

If a child’s learning differences go unrecognized and untreated, it can lead to many more problems down the road. Some of the most common things you can expect are below.

There are many ways to help ensure Chinese children with learning differences get the attention they need. A few solutions for parents to try are listed below.

If your child lives with any learning differences, help is at the tip of your fingers. At curaJOY, we offer effective, science-backed Chinese behavior therapy to build children’s emotional fitness, with language support in both Mandarin Chinese and English. Our StrengthBuilder program helps assess your child’s strengths and weaknesses to create a personalized road map to help your child achieve optimal social-emotional results.