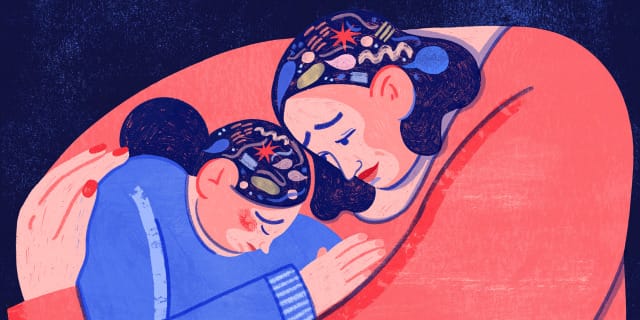 Looking for guidance in how to protect my daughter, I turned to the book “Bullied: What Every Parent, Teacher, and Kid Needs to Know About Ending the Cycle of Fear,” by Carrie Goldman. It’s one of the few books that addresses bullying in younger kids offline rather than the very common and popular topic of cyberbullying of teens online.

Goldman validated my reaction in writing that “To dismiss the taunting as ‘boys being boys’ or as ‘a schoolyard rite of passage’ would send the message that the behavior was normal and acceptable.” Yet historically, an attitude of “kids will be kids” has been common, which is perhaps why so few books address the issue.

That partly may be because it can look harmless in the playground in the younger years. One has to know the difference between “normal social conflict” and bullying. If your child and his best friend fight in the playground over a toy or a swing but the next day ask for a playdate, that’s normal social conflict. It has no power imbalance, unlike someone who goes around telling everyone else to be mean to your kid.

But there’s a difference between overly excited child behaviors and bullying, which often takes the form of “taunting.” This, too, can be written off, dismissed merely as “teasing.” Barbara Coloroso, author of “The Bully, The Bullied and The Bystander,” helps distinguish between the two. “Teasing is done without intent to harm, between friends of family members,” according to Coloroso.

Failing to identify truly bad physical and verbal behavior by offering a blanket “he’s just a kid” dismissal does real damage to the children subject to it. “We now know from research that people just don’t ‘move on’ from bullying,” Goldman told me when I later interviewed her for this article. “They have long-term effects from trauma.” And, according to her research, “The younger you are when exposed to bullying and trauma, the more profound and lasting the effects are.”

Bullying tends to escalate in middle school, she says, and educators and parents focus on that — but increasingly it’s trickling down to much younger children. Goldman told me that as kids have more exposure to the media, bad behavior starts much younger. “They absorb ideas of gender norms, they absorb ideas of sexualization, of toxic masculinity — starting in preschool or elementary school,” she said.

Appropriately, one of the first chapters of her book is called “Anti-Bullying Starts in the First Grade.” Goldman defines the “anti-bullying” concept as “actively working to dismantle systems that victim-blame” as well “the status quo that keeps the victims quiet and keeps the bullies protected.” Crucially, she said, it’s pushing back when schools ask what kids did to bring on the bullying or tell them to try to “fit in.”

If the school isn’t interested in addressing the bullying, she advises taking it up a level. Otherwise, remove your kid from the school.

So I approached the head counselor at the second camp to tell her about my daughter’s experience.

“Is it M—-?” the head counselor responded. The counselors always know. “It starts so young,” she reflected. “I will talk to the administration.”

But the taunting continued, so I asked my daughter about it after camp each day. Unfortunately, I read the relevant chapter of Goldman’s book later on and learned that was something not to do.

“With normal social pain, parents should not ask about it every day, because then you are doing what I call interviewing for pain. You think you are being caring and helpful, but it makes the child feel like more of a victim” Goldman writes. “You want the child not to hear a story of victimhood coming out of her own mouth but a strategy of resilience.”

Continue reading the rest at www.nbcnews.com